If you read the first part of this article and you’ve been consuming a lot of rice milk or rice generally, right now you’ll no doubt be wondering whether your own or other family members’ arsenic levels are high or not. We’re unlikely to suffer acute poisoning in this country, thank goodness, but some experts suspect there could be a chronic long-term exposure from environmental and food sources.

Arsenic is easily absorbed via the gut and lungs and can then deposit in various body organs. People’s ability to excrete it varies; a paper published in Chemical Research in Toxicology in September last year found that the “ability to eliminate arsenic from the body varied greatly, with some participants excreting up to 95 percent of the ingested arsenic but others eliminating as little as four percent.”  Not good news if you’re a four-percenter and eat a lot of rice then.

Excess arsenic levels, especially of the inorganic form, have been linked to several problems, not least cancer and the Health Protection Agency (HPA) confirms this. As with all heavy metals, the set of symptoms you might get are confusing, myriad and could be attributed to many other things so it’s probably best to test if you suspect it might be an issue for you.

Others mention respiratory, central nervous system, endocrine, liver, kidneys or gastrointestinal problems as well as irritation of the mucous membranes leading to conjunctivitis, pharyngitis and rhinitis.

How Do I Test?

Testing is relatively cheap, robust and easy you’ll be pleased to hear, and can be done on hair, nails, blood or urine. The HPA officially advises: “Since the elimination of arsenic takes place mainly via the kidneys, the concentration of arsenic in the urine is a good indication of recent exposure to inorganic arsenic.”

Natalie Lindow of Genova Diagnostics explained the difference between the types of tests: “Hair can measure what the body has excreted over a 3-6 month period. However it is important to remember that toxic metals are not easily or readily excreted by the body, so hair may not always indicate what the body is storing. Also hair can grow at different rates for individuals. Blood tests will measure acute and ongoing exposure to toxic metals. Urine tests (if used with a chelating agent) will measure what the body is storing.”

Karen Watkins from hair mineral analysis company Mineral Check says finding raised arsenic levels is quite common and that hair analysis is a good method: “…the research to support the findings of hair analysis is now highly reliable. In the USA, the Environmental Protection Agency recommend hair testing as the most efficient and reliable way of screening large groups of people for toxic elements, including arsenic.”

Urine or hair seem to be the best ways to test. Current costs are from about £45 depending on the lab used. Talk to a GP or nutritionist to arrange the correct ones.

What Can I Do To Limit My Exposure?

OK, so say you’ve found a high result or just want to be careful. What should you do? First, don’t panic Mr Mainwaring! Karen from Mineral Check reassures us: “Arsenic rebalances quite easily. Of all of the toxic minerals it is perhaps one of the easier ones to rebalance”.

• Your first priority is to identify any likely external sources. Then, make sure your body’s eliminatory organs, primarily the bowel, liver and kidneys, are working well by ensuring daily bowel movements, hydration and limiting alcohol and chemical intake.

• Next, make sure you can bind it. Minerals such as zinc, magnesium and selenium are known to help bind or chelate arsenic, as are sulphur-containing compounds from foods such as egg, onions and garlic or biochemical sources such as NAC, MSM, methionine and glutathione. See a nutritionist for help.

• Could it also be that a deficiency of those same nutrients are part of the problem? Certainly in hair testing I have seen low selenium and iodine levels in the same test results as high toxic metals like arsenic and it is a fact that arsenic is retained far more effectively in the body in the presence of a selenium or iodine deficiency.

Mineral levels in soils are lower than they were fifty years ago and where there is high arsenic in the soil, this will presumably lead to a lowering of natural selenium on top of that. In fact, a report published in Toxicological and Environmental Chemistry showed this after 70 soil samples had been tested in Bangladesh.

If it’s happening on a big scale there, we can only assume it’s happening to a lesser extent in other soils. Studies have also found that the natural selenium and zinc in rice is being depressed by the arsenic too, so it’s a double-edged sword.

One way to protect yourself, then, is to make sure you have good nutrition, but enough of these two nutrients particularly. Good sources of selenium include wheatgerm, brazil nuts and oats. The best sources of iodine are seafood, kelp or iodised salt. However, most often an iodine problem is due to the excess consumption of foods that block use of it in the body, termed goitrogens, rather than a deficiency itself. Goitrogens include cabbage, soy, peanuts, pinenuts and millet.

• Next, choose rice from the safest countries as described in Part One. Ask the rice milk and product manufacturers where they get their rice from and talk to them about your concerns. Most companies involved in allergy food manufacture care about health as well as making a profit.

• How about making your own rice milk? It’s pretty simple and much cheaper. And vary your grains and milks regularly; try soya, oat, potato, hazelnut, almond or other cereal ones. All of them have different nutritional profiles so rotating foods will usually give you a broader diet. Don’t forget you can always add some berries, banana, Xylitol powder or agave syrup, all low GL natural sweeteners, if you need to make it more palatable.

You will find some ideas for easy-to-make alternative 'milks' in the recipe section.

• Buy organic. OK, so if the rice has been grown in an organic field which has a high arsenic water table level, it won’t make a jot of difference, but you might just avoid the arsenic-containing pesticide and fungicide sprays.

• Cook your rice in plenty of fresh filtered water. Once the arsenic is in the grain, you can’t actually get rid of it, but you can get some to leach out into fresh water that you then pour down the drain (and into the treatment plants). Unfortunately any vitamins will also go with it.

By taking these steps, you should be able to significantly lower your intake of any arsenic present in rice and improve your ability to deal with any that does get through from food and the environment. Remember, we are exposed to toxic metals all the time: the trick is to minimise that exposure where we can and ensure the body has the capacity to deal with it.

There is much work going on to try to solve the problem of arsenic-laden paddy fields. For example, they have found that seasonal flooding in the rainy season in Bangladesh can remove up to two-thirds of the arsenic which then flows naturally into the Bay of Bengal where the concentration becomes completely safe due to the sheer mass of water to dilute it. Scientists are working on ways of artificially flooding paddies to achieve the same result that nature has. By the same token, they are trying to work on different ways to avoid growing rice in the dry season when there is no fresh water to dilute the arsenic. Others are trying raised beds and better rain water conservation to use fresh water instead of being reliant on stagnant bore holes. Even more promising is the race to cultivate a rice type that doesn’t take up as much arsenic.

Hopefully, you now know the facts about it and, encouragingly, that there is much you can do to lower your intake. You can easily check your arsenic status and then take steps to bring it down. It is indeed a shame that healthier-eaters and allergy sufferers like us are put at more risk because of poor agricultural policy, lack of stringent controls and past, and sadly present, use of this toxic metal in industrial processes. Makes you want to spit. Meantime, lobby the manufacturers to choose rice from the ‘safer’ countries and keep your fingers crossed that the scientists come up with a solution soon.

Click here for some ideas for easy-to-make alternative 'milks'.

Micki Rose can be contacted at the Pure Health Clinic. 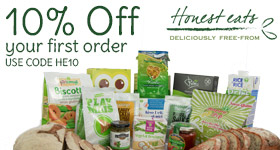 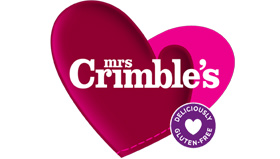 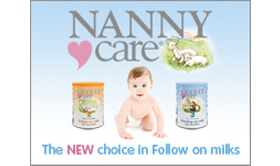 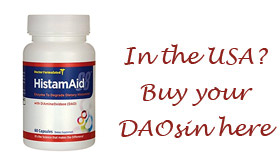 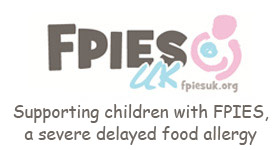 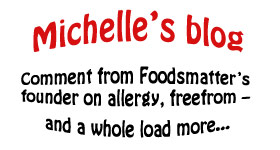 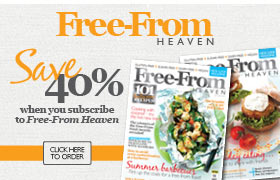 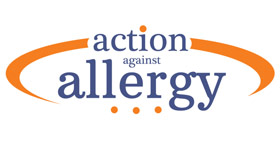